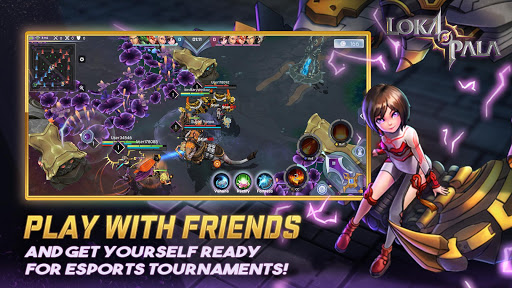 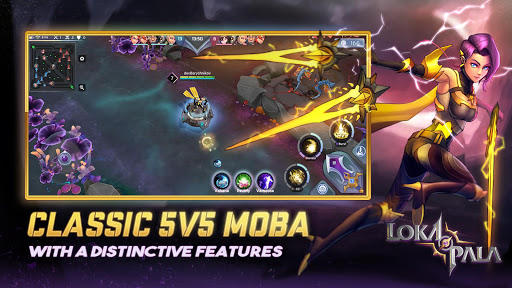 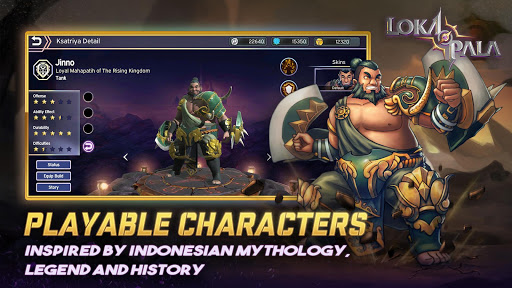 The first Esport MOBA from Indonesia to your mobile!

Lokapala: Saga of the Six Realms is a 5v5 Multiplayer Online Battle Arena (MOBA) game. Developed by Anantarupa Studios, a game developer studio based in Jakarta, Indonesia, this is the first Esport MOBA from Indonesia that is inspired by Indonesia mythology, history, and culture.

The game takes place in the end of the world, when the realms of the thirst, the molded, and the formless are merged into one. The realms are going under the oblivion, waiting for the fate no one can form or escape. The higher dominions of power are now awaken, but only one of them will be able to determine the fate of the realms in this endless fight of powers.

1. Classic 5v5 Battles on MOBA Map.
Experience a 5v5 battle in a classic MOBA map with a distinctive features on it. Demolish enemy’s towers to destroy enemy’s base, conquer your jungle area and even your enemy’s, go along the river and get your buff, and level your Ksatriya up and slay away enemies with no fuss.

2. Play with friends, and get yourself ready for Esport tournaments
Team up with your friends and prepare your team to be an Esport ready players that fit to tackle upcoming Esport events!

3. Team work and skill based battles
In MOBA, mastering your skill is very important to win the game. But that’s not the only factor to victory. We believe that with a good understanding of your role and by supporting your allies with a good team work, you can reach the victory. We have created systems and features that will enable you to focus more on skills and good team work.

4. No more lenghty game!
MOBA can be so much fun to play but also so long to finish, especially when the battle is so heated up you just cannot give up! But in LOKAPALA we imply a system that will make the game last quicker and more efficient.

5. Playable Characters with exciting gameplay and stories.
We are trully inspired by Indonesia mythology stories, legends, and history. Hence, all the playable characters, Ksatriya, have a compelling and engaging gameplay that are heavily based on their own lore.